Laura Betker is an American Meteorologist and Journalist and works as an anchor at KARE 11. She was born in Corcoran, Minnesota, just outside of Minneapolis. She is known for her slender body and a smile that brightens up your day. Laura Betker started her career at Weather Eye Network Radio in 2006, where she had to report to the radio every single day. In March 2008, which was almost two years later, she called quits from that job and didn’t have the position of Meteorologist for another two years. She moved to Lima, Ohio, in 2010 and started working as a Meteorologist and a Reporter with WLIO-TV. She served there for another two years until she took her current job at KARE 11. During her break from 2008 to 2010, she worked in a variety of different positions.

In 2008, Laura Betker became the Director of the Star of the North Chinese Shar-Pei Club, which is an AKC-licensed club that works to connect with owners. During which, she also worked as the Executive Assistance for the American Heart Association, where she performed more tasks other than just reporting, like administrative tasks and organizing schedules.

Laura Betker went to college at the University of Wisconsin, Madison, as a child, she aspired to become a Geologist, but growing up, she changed her mind about it and was always fascinated by weather as she was curious to know more about it, she went to learn and have deeper knowledge about the same until she turned that fascination of hers into the profession.

Later, she enrolled for the sea semester in 2002, where the students had to study while being on a boat. While she was abroad, she visited many European countries like France, Norway, Russia, Iceland, and Spain, where she got to explore more about herself and got to know the world better. Laura Betker graduated in 2006 with a B.S. in Atmospheric and Oceanic Science and then started her job right after with Weather Eye Network Radio, where she mainly covered weather-related reports. 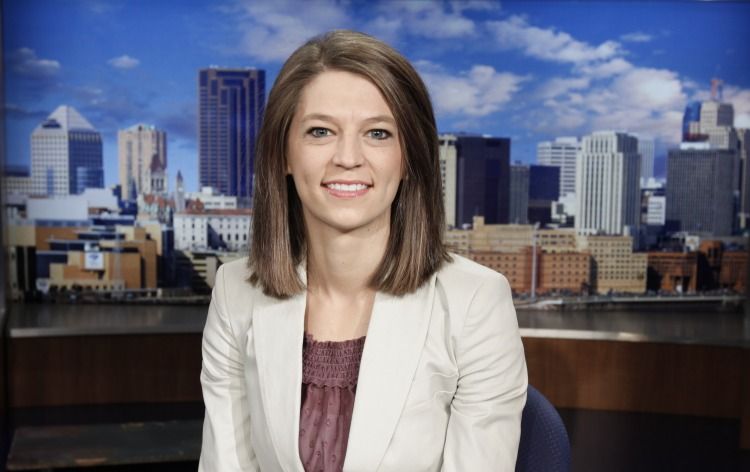 Laura Betker was born in Corcoran, and she felt like coming back home when she took her job at KARE 11. She married a former TV anchor who is now a campaigner for mental health issues and also ran a podcast. In the beginning, the two only had their Shar-Pei, Bunch, but that changed as they welcomed their first daughter in January 2015. They expanded their family in September 2017, as they welcomed their second daughter and then had another kid in November 2021. Laura Betker has gained tremendous success since her return to KARE 11 and became popular through the same. Both husband and wife continue to live in Minneapolis with their kids, and Laura, however, keeps traveling because of her work.

When she is not reporting about the weather or spending time with her family, she enjoys spending her time gardening and cooking. She also enjoys working for nature as she is an environmentalist and loves communicating with different people, which makes her a good communicator. She does other charitable works for society alongside her husband and is known for her great skills of talking to people with ease which makes her current position make sense to most of us.

Laura Betker is a mother to three daughters and continues living her happily married life, there were speculations about her being pregnant again. However, the rumors have not been cleared by any official source, and the Netizens are supposedly obsessed with her personal life and creating headlines like these. The sources reveal that Laura Betker is not pregnant, she was the last pregnant in 2021 with a baby girl, who was her third child.

After her birth, she also took maternity leave which ended after a while, Betker likes to share her sweet family moments on Instagram with the public but is mostly reserved about her personal life and her lifestyle outside of being a Meteorologist and a Journalist. The couple finds great joy in spending time with their little family and raising their daughters together, they are a true definition of simplicities with popularity.