NBC’s New Year’s Eve Party was a huge success. Miley Cyrus and her godmother Dolly Parton and Pete Davidson, performed live songs from Miami. She gifted the fans a special 2023 gift on the show. She teased about the song throughout the show, in the end announcing that her new single ‘Flowers’ will be released this January 13.

The show was a huge hit, with Miley and Dolly Parton singing ‘I Will Always Love You.’ Dolly stated that hosting the show with Miley was the greatest delight of her life. They know how very much she has adored Miley ever since she was a small child. She’s a big old thing today, but she still loves her. She will forever love Miley.

Around an hour into the show, Party in the USA singer dropped the first hint. A separate poster preview promotion advertised the release date alongside encouraging words of independence like I can love myself better than you can and I can hold my hand. Miley has always been a strong independent artist, and that is why we love her.

The duo sang Cyrus’ breakup song “Wrecking Ball” from her 2013 album Bangerz just moments before ushering in 2023 at the Miami celebration. Parton, 76, and Cyrus, 30, knocked the house down with their emotive performance, combining their vocals and having a strong hug on onstage. Parton composed I Will Always Love You about her longstanding business associate and colleague Porter Wagoner as she launched on a solo career in 1973.

Whitney Houston released the song nearly 20 years later for the soundtrack to the 1992 blockbuster The Bodyguard. Houston’s rendition was a tremendous hit, reaching No. 1 on the Billboard Hot 100 and winning a Grammy for Record of the Year.

Miley Cyrus already hinted at the beginning of a new musical period. The recent music announcement 2 years after her debut single, Plastic Hearts, arrived at No. 1 on Billboard’s Top Rock Albums chart. Meanwhile, her recent Instagram picture suggested an intriguing project coming up soon. The singer posted a video of a billboard bearing the same statement.

Cyrus and Parton strolled onto the stage in all-black and leopard costumes, belting out the lyrics to the legendary rock ballad before ringing in the New Year together. Parton recently announced plans to release Rock Star, a rock album in 2023 that would include versions of legendary rock songs like “Free Bird,” “Satisfaction,” and “Purple Rain,” as well as new original songs like “Rockin’,” which she played during her Rock & Roll Hall of Fame nomination. This year’s Miley’s New Year’s Eve Party marks the second year in a row that the New Year’s Eve special was held.

Although New Year’s Eve Party was the debut of Cyrus and Parton’s performance “I Will Always Love You,” it wasn’t the first time they’d shared the stage. Cyrus has accompanied Parton for a few appearances over the years, like the 2019 Grammy Awards and one 2016 episode of The Voice for a rendition of “Jolene,” which they again sang during the NBC special that was aired on Saturday. 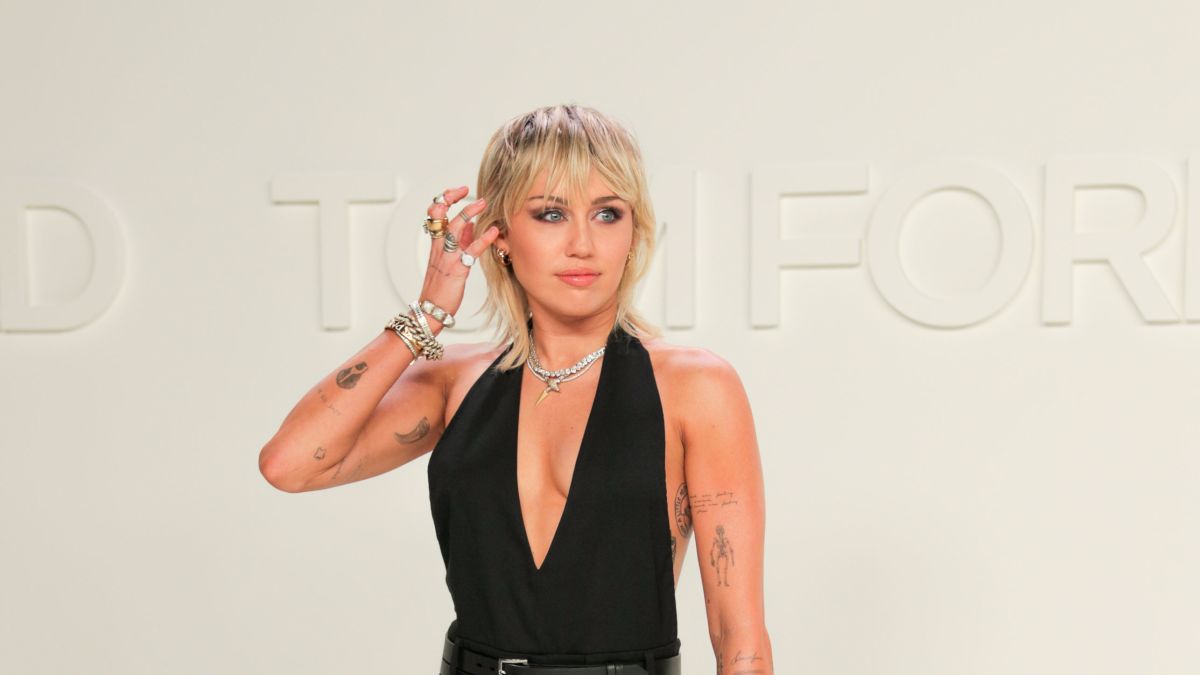 She’s much greater than your brightest fantasies, Cyrus previously said about her godmother, who was named one of Time’s 100 Most Influential People of 2021. Miley said that Dolly is her she is her fairy godmother, but she believes she’s everyone else’s as well. She was delighted to introduce her to the rest of the world.

Fans had a delightful time watching the party. This party is a must-watch, leaving the last year’s party in the dust. If you still haven’t seen the entertaining performances by the duet and much much more, tune in to YouTube to see the bits and pieces of the same. Cyrus made our New Year even happier!