I’m pretty sure the fans were left with a void concerning Mochizou’s and Tamako’s relationship being stagnant throughout the series. The movie announcement was surprising and really all they needed. Mochizuki wasn’t a prime character in the series, but they shifted the entire focus to him and Tamako throughout the movie.

Kyoto Animation movies are usually a feast for the eyes, and I am happy to say they delivered. The confession scene was unexpected for Tamako but later when she realizes what has just happened, the world around her becomes completely colorful.

Tamako and Mochizou were faced with a new decision in their lives and it was about the future. While for Tamako the decision only on the cover seemed to be about what she’s going to do in the future. It was lovely to see Mochizou thinking about Tamako as well as a part of his future. 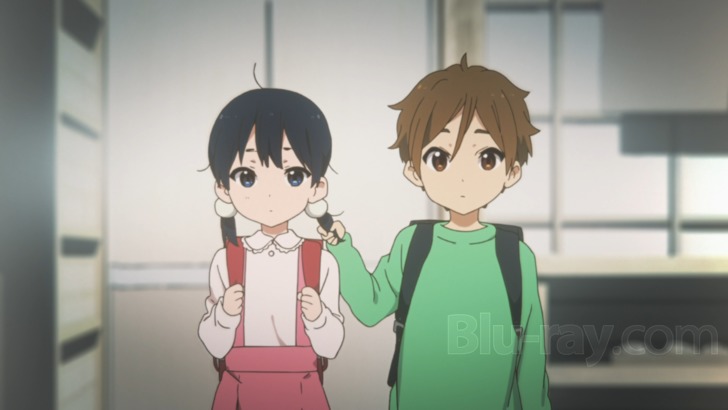 Midori plays a huge part in this. I am sure she didn’t hate Mochizou and only had sort of a “romantic rivalry” with him. When she realizes that Mochizou was about to confess, she tells him to finish it within that day. This sort of pushes Mochizou to actually do it. Which turns out to be a gorgeous scene. Midori, later on, helps Tamako sort her feelings out. She also does this by not overstepping her bounds. But this also just goes to show how much she cares about Tamako’s happiness rather than herself.

When Mochizou does confesses and Tamako’s heart is completely uncertain as to how to react or even respond to the atmosphere of the show becomes a little dull. This is another example of subtlety mentioned above. The bright Mochi-making place is covered with a dull frame. She doesn’t start sorting her feelings until later which makes everything bright and colorful again.

In the end, Tamako was able to catch the cup phone which is symbolized to be a way for their hearts to be connected. The movie did well to end an unrequited love for such a long time. I do have some qualms about the blank screen after the confession. An expression or a reaction scene would have fitted it perfectly but instead, I was surrounded by complete darkness once the reply was given. 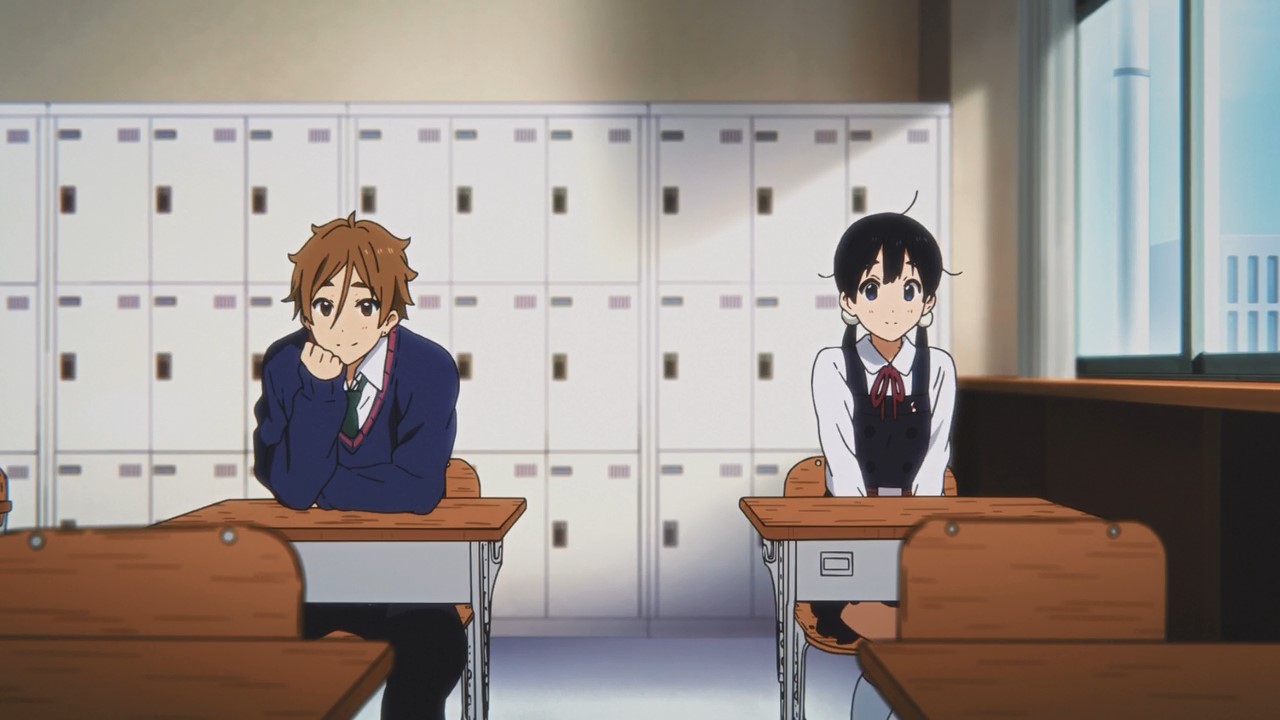 This was a sweet and laidback slice of life with well-timed romances and comedy. The entire cast is lovely and has an instant likability which adds to the lovability. Usagiyama Shopping District is a place people certainly wish existed not physically but emotionally. Dera’s quotes after each episode are quite realistic and are sprinkled throughout my review as well.

If you’re a fan of slice of life, comedy, and romance I highly recommend you give the series and the movie a watch. Let Tamako make you happy as much as mochi makes her happy.

“Mochi is so small, yet it makes all kinds of people happy. I’m like several times bigger than mochi now, but I still can’t compare. It’s soft… white, gentle, smells good, and warms you up.” – Tamako Kitashirakawa

We have Ishidate Taichi and Ishihara Tatsuya under the guidance of Yamada Naoko as the episode directors who are previously mainly known for Hyouka and Clannad After Story respectively. The simple nuances are what make Yamada Naoko a great director. The comparison between her finally catching the baton and her receiving Mochizou’s feelings are clever as well.  Other notable works from her include:

The script is written by Yokote Michiko. She is a veteran in the scriptwriting field. She’s written over 110 scripts for animes and she continues to impress. Her most notable works are Cowboy Bebop, Genshiken, JoshiRaku, and Dagashi Kashi.

Finally, we have the man responsible for the sound direction. Tsuruoka Youta is a veteran sound director as well and is responsible for many great shows having stellar tracks. Some of them are Clannad After the story, Hibike Euphonium, and Inuyasha. There are a ton of other staff members who are responsible for this show. But, I can’t denote them all in this review but please give them the credit they deserve.