The show In The Soop Friendcation is definitely a dream come true for every Wooga squad fan out there. This reality TV show is all about friendship, understanding each other, and being there for each other. The Wooga squad consists of Park Hyung Sik, Peakboy, Park Seo Joon, Choi Woo Shik, and BTS member V. In The Soop Friedcation premiered recently and has already become fans’ favorite. Undoubtedly, each episode has some twisted and heartfelt moments for their fans.

Well, their bond is immensely adorable. Each member of the squad takes care of the other. Most definitely, this show provides sneak peeks into their lives, and fans love the concept. Well, these best friends have maintained a friendship for a decade, and it is not easy. They have given us major “friendship goals.” The show premiered on July 22, 2022, and doing well with anything happening in the show making it into headlines.

What is In The Soop: Friendcation About?

The recent episode of In The Soop Friendcation has made fans all teary-eyed. Yes, the third episode that was released on August 5, 2022, was immensely touching and emotional. In the episode, we saw Taehyung getting emotional while sharing his thoughts and fears. Well, it all came as a surprise as the boys were preparing to sleep when it happened. Taehyung never wanted to trouble other members as he hid all in the darkness of the night. However, the group soon realized and used their flashlights only to see that he was actually crying. As expected, his crying made the group tensed and concerned. Well, you can watch all this drama unfolding and the group’s journey online. 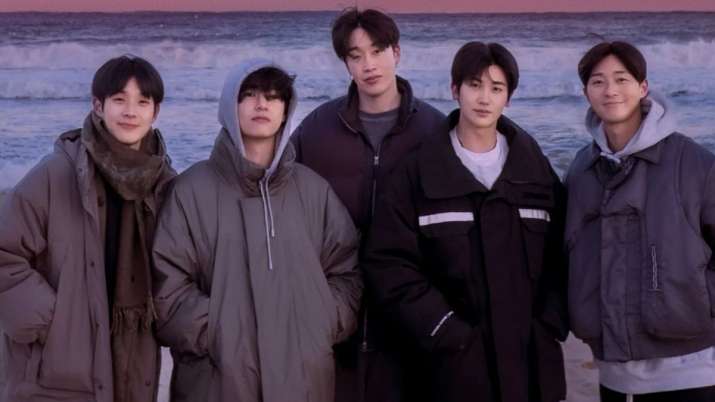 We bet that just reading a little about the show made you eager to watch it. Undoubtedly, In The Soop Friendcation has become one of the most loved shows in a short duration. We just have seen its three episodes, and the fans are already going ga-ga about it. The fans are also concerned for Tae and wish to see him all fine in the next episode that would release on August 12, 2022.

This episode is going to be super special as it is the finale series. That’s Too Bad. Right! The fans wanted to see more of the squad. Nevertheless, we are sure that all of you love the show already. It all started with one of the friend’s surprise suggestions. As a result, five best friends set out on a trip for 3 nights and 4 days, revealing their “true” selves in front of the camera.

How To Watch In The Soop: Friendcation?

The Soop Friedcation started airing on South Korean cable network JTBC. Also, each episode gets a release on Fridays at 9 pm KST. No problem if the time does not suit you. You can watch it on Disney plus as well. The episode gets released on the streaming platform at 11 pm KST. Don’t worry if you do not reside in South Korea, as Disney plus is available in the USA, UK, and Australia. Nevertheless, to watch the show, you will have to take a subscription to this streaming platform.