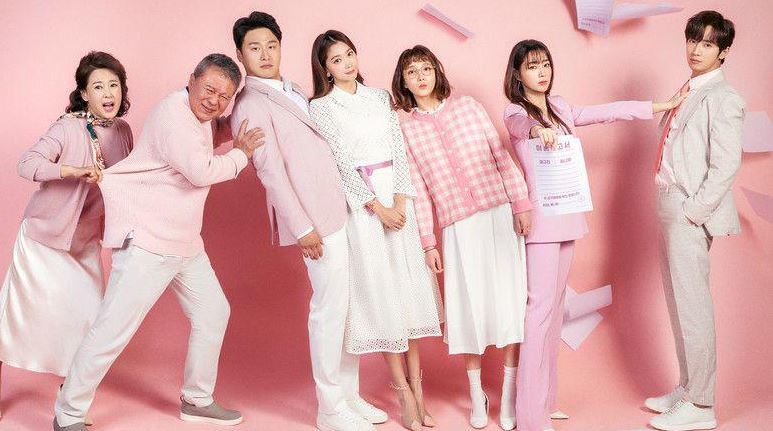 KBS2’s currently ongoing K-drama which is set for 100 episodes, Once Again, is going to release it’s 17th & 18th episodes this week. The K-drama is doing pretty well in the ratings department, as episodes 15 & 15 got 26.3% and 29.% ratings respectively, according to AGB Neilson Korea.

While the number of episodes might look exhausting, each episode is only around 30 minutes in duration so it’s basically like a 50 episode K-drama, which is still a lot! Once Again is here to stay, and stay until September it will!

The romantic family K-drama is also known by the title of I’ve Been There Once. It tells the story of the Song family, which is played by Lee Min Jung, Lee Sang Yeob, Chun Ho Jin, Cha Hwan Yun, Kim Bo Yun, Lee Jung Eun, Oh Yoon Ah, and Oh Dae Hwan.

Once Again is about the Song Family which is going through a tough time as the parents of the family are going through a divorce. The drama shows how the children of the family comes to terms with the separation of their parents and how they deal with it all in a heartwarming and fun way.

In this article, we will talk about streaming details and airing time of episodes 17 and 18 of Once Again. Hopefully, after reading this article, you would know where to catch up with the drama.

Once Again episodes 17 & 18 will air in South Korea on the local cable channel KBS2 on the 19:55 KST (Korea Standard Time) timeslot on Saturday, April 25, 2020. Once Again releases four episodes each week, which means two more episodes will be aired after this.

For international viewers who want to watch Once Again with English subtitles, the show is available to stream online on Rakuten Viki, OnDemandKorea, and Kocowa. The show might not be available in your region so usage of a VPN service or a proxy to access the streaming site is recommended.

Once Again tells the story of Song Young Dal, who is a miser and runs a restaurant in Yongju Market. His wife Jang Ok Boon is always arguing with her husband about petty and trivial matters. They have four children: Joon Seon, Ga Hee, Na Hee, and Da Hee. They suddenly drop the news to their parents that they are all going to divorce their spouses. This is where the fun story starts in this heartwarming drama where the family members support each other while going through hard times.