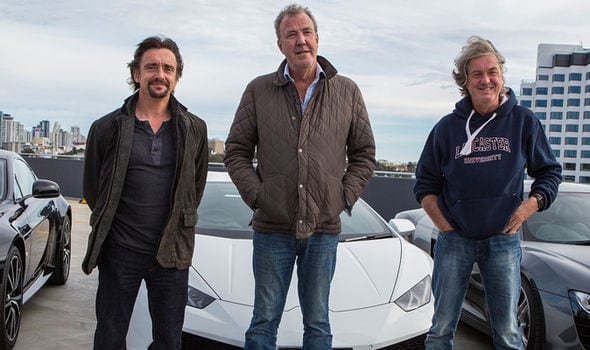 Amazon Prime has officially confirmed the Grand Tour Season. The Grand Tour Season 3 release is a bit of an odd one, even though Richard Hammond, James May and Jeremy Clarkson are all set to return to our screens sooner. Season 3 will be all about taking crazy risks, going on wild, out-of-the-box-adventures. This season, The Grand Tour will introduce a game in which all fans will be allowed to drive as recklessly and dangerous as they can. This will be done simultaneously their hosts will sit in the comfort and safety of their homes. Weird, right?

For series 3, Amazon Prime Video has unveiled the first look. This release was made during the same time the update announcement was made. A look at the teaser tells you that, Colombia, Mongolia, Azerbaijan and Georgia, China, Sweden and, Detroit are on the cards for Clarkson series in 2019. The filming took place ahead of the studio recordings, which will take place in the Cotswolds. Here watch below:

Back in October producer Andy Wilman did showcase some footage from the series at the Amazon Prime Video’s European showcase event in London. This footage showed a guest star Mary Beard in talks with Jeremy Clarkson. It is also known that the trio has been using their test-track, which they, the trio call as the “Eboladrome.”

The Grand Tour Season 3 will air on Amazon this year. It was confirmed by Amazon that while Season 3 will make it this year, it isn’t known when it exactly will. “A little than usual this year,” is what we keep hearing. They have also confirmed that they won’t release the new series until 18th January 2019. If you may remember,  Series 1 released in November 2016, and series two in December 2017. By logic, series three should have been out this year.

The filmmakers shot the series three from early 2018. Also, the first batch of studio recordings were all filmed during October and November of 2018.