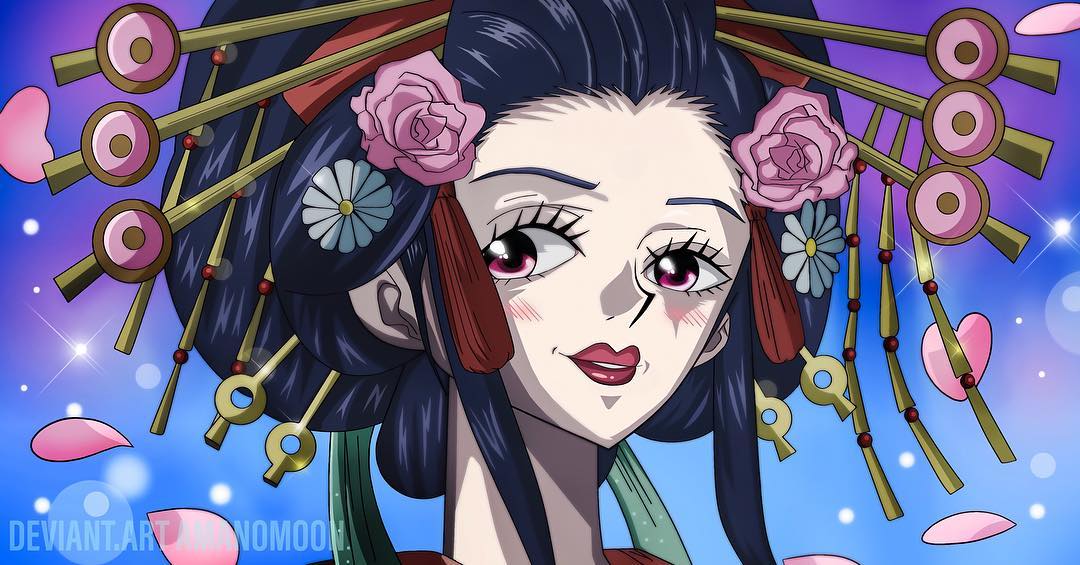 One Piece 933 dropped last week, and it was one of the most detail-filled chapters that we’ve seen in a while. The chapter started where we left with 932 as we got to see Komurasaki facing an enraged Orochi.

He transformed Into his Devil Fruit form, and as we expected, he has has a Mythical Zoan type of Devil Fruit called Hebi-Hebi no Mi Model: Yamata no Orochi. He ate a bunch of his subordinates because he couldn’t take his anger our on Komurasaki and even when he attacked her, he didn’t do anything aside from taking her in his mouth.

This problem was solved soon when Shinobu fell on his head from the ceiling, and he had to spit her out. Later, Komurasaki was killed by Kyoushiro, and the Shogun was in tears.

Nami, Robin, Brook, and Shinobu rescued Toko from the place, and a Thunder Clap attacked the Shogun from Nami. We then cut to a day later, and we found out that Big Mom is now as innocent as a five-year-old child.

She’s become Chopper’s friend, and they have decided to tell Big Mom that there is more delicious stuff at Udon. So, now let’s dive into the spoilers for One Piece 934, shall we?

First things first, we may see the result of the Sanji vs. Page One fight. Oda has off screened most of this fight, and I’d like to see it end now. The outcome of what exactly happened at Shogun Orochi’s castle may just be revealed. We may see Komurasaki once again if he is alive and I think it’s time we see Law, Usopp, Franky, and Zoro are up to in Ebisu Town.

Moving on, the most important part of the chapter is going to be Big Mom heading towards Udon to attack the prison. She’s going to help break-out Luffy and that’s something we’ve all been waiting for. Luffy has already spent enough time in the prison, so I want him to break free already. Big Mom doing it means that there is a guaranteed success rate in the mission, so Kaido’s subordinates better brace themselves.