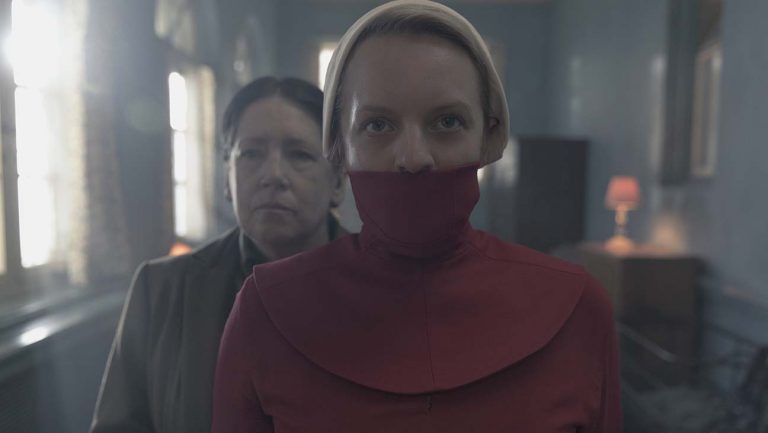 The American dystopian tragedy tv-series The Handmaid’s Tale will be returning with its fourth season, and fans are extremely excited to see what the creators have planned for them. Created by Bruce Miller, the show will return to Hulu in 2021, and with the release of the official trailer, the excitement has just got doubled.

We have gathered all the recent updates, and information regarding the upcoming season so here is everything you need to know about the upcoming The Handmaid’s Tale Season 4.

What is the Plot of The Handmaid’s Tale Season 4? Is there any Trailer for it?

The official plot of the upcoming season 4 is yet to be decided, however, according to the latest updates, season 4 will continue with the cliffhanger ending of season 3, but, a change in direction might also happen. In an interview, Miller explained that season 2 direction might change, and they might explore a ‘different angle,’ however, the concept won’t deviate from the original material, and it will still be about one woman’s experience in Gilead in that time. Miller explained that the show isn’t beyond the books, as some of the things were explored deeper which were covered very quickly in the original book.

In the finale of Season 3, the children somehow managed to escape and made their way to Canada, and season 4 will explore them in their new lives in Canada. The fate of Serena will be something to look forward to as she was arrested in season 3’s finale, so it will be interesting to see what lies ahead of her in season 4. Also, according to the showrunner Bruce Miller, in season 4, things are going to get very difficult for June, as with everything that happened to the children, in a world like that, consequences will be extremely severe, and according to the official trailer, it seems June is also gearing for a ‘war.’

The official trailer of ‘The Handmaid’s Tale Season 4’ has been released a few hours ago, and you can watch it here to get an idea about the upcoming season.

Who is in the Cast of The Handmaid’s Tale Season 4?

When is The Handmaid’s Tale Season 4 Release Date?

According to Hulu, The Handmaid’s Tale Season 4 will be released sometime in 2021. The exact date of release is yet to be revealed, however, we will keep you posted as soon as the official announcement is made.