Departure is a 2019 suspense drama television series developed by Shaftesbury Films. It premiered on July 10, 2019, and was immediately accepted by the audience. The fans went crazy for it. The miniseries stars Archie Panjabi, an Emmy award winner, for her role in “The Good Wife.” In Departure, she portrayed the character of a recently widowed incident investigator. The woman has to investigate and catch the criminal. She is given the responsibility of solving the mysterious disappearance of a British Global Air commercial flight.

The flight disappeared over the Atlantic ocean. The series revolved around flight 716, which took off from New York with more than 200 passengers. Most interestingly, it goy disappeared the mid-way. And, the flight never lands in London. The audience was mind-blown by the plot and Departure filming locations. Undoubtedly, its filming locations played a huge role in the storytelling. Let’s explore all its locations in this article.

The primary Departure filming locations are Britain and Canada. Thus, the whole cast and crew went there to shoot this drama series. Prior to the release of the series, Lisa Godfrey, Corus’ VP of Original Content, said that the series has an appealing mass story, talented cast, and creative team. At that time, she was so sure about captivating the audience, which they did. This miniseries was a hit, and the audience showered their love on it. Let’s get into the details of its filming locations.

It is one of the primary Departure filming locations. Most parts of the series were shot here. In Ontario, the producers chose the cities of Toronto, Hamilton, and Cambridge for filming. One thing about Canada that is pretty popular is its lucrative tax incentives. As expected, the producers took advantage and used it. In fact, Cambridge had a press release in which authorities informed their residents about the filming of the miniseries. They said that they encourage residents to visit core areas and experience the excitement of the film industry. 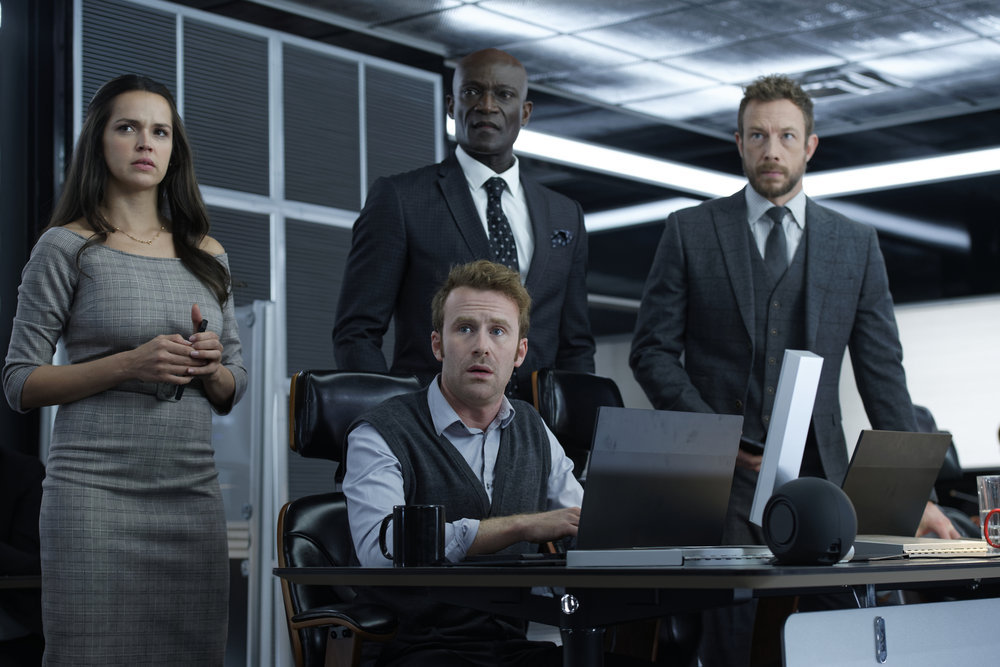 Further, Cambridge City Hall was used as Scotland Yard and Cambridge University in the production. Let’s get to other filming locations. Departure filming locations include Civic Square, the main stairs of the City Hall, the numerous points on Wellington Street between Kerr and Dickson, and the Market Square parking lot. The officials even made a list of locations that were used in the filming, including 100 Water Street N., Mill Race Park, and the Grand River.

As the series is a British-Canadian co-production, London served as one of the prime Departure filming locations. The English cities featured in the drama were London, White Waltham, and Windsor. The producers very smartly chose the filming locations in different cities that looked like everything was happening in the same place. Also, they doubled up the city of Cambridge in Canada as Scotland Yard. The cast and crew kept on sharing the BTS of the show on their social media platforms. The show’s success is proof that all the efforts that production put in paid off.