Love at First Glance Filming Locations: Where was the Show Made?

Love at First Glance is a story about a lady named Mary Landers (Amy Smart), a journalist who sets out on a journey to find a handsome boyfriend for herself after being dumped by her fiancé. He dumped her just because she was not adventurous. So, to prove him wrong, she decided to follow the attractive stranger (Adrian Grenier), whose cellphone she found on the train. And he was the very person with whom she was exchanging glances while riding the train.

But before they could talk, he disappeared, leaving his phone behind. Finding that phone transforms Mary’s life, and she learns from James that life is an adventure with no telling where it will take her. Mary discovers herself while creating the perfect love tale and understands that love is opening your heart to every possibility, no matter how unexpected.

It’s a movie running for approximately 82 minutes, having contrasting reactions from watchers. Some enjoyed the series being a rom-com, but others found it too good to believe, but that’s what movies are. They are fiction, and the story comes from imagination, so one can not expect it to be very real. Then if we talk about what most people liked about the movie, it’s its refreshing storyline and plot.

And fans like the fact that Smart and Grenier, who appear in various flashbacks and fascinating situations, feature in this charming, adorable film. There are plenty of them to keep the film engaging. Other cast members, scenery, costumes, storyline, and directing also deserve praise. 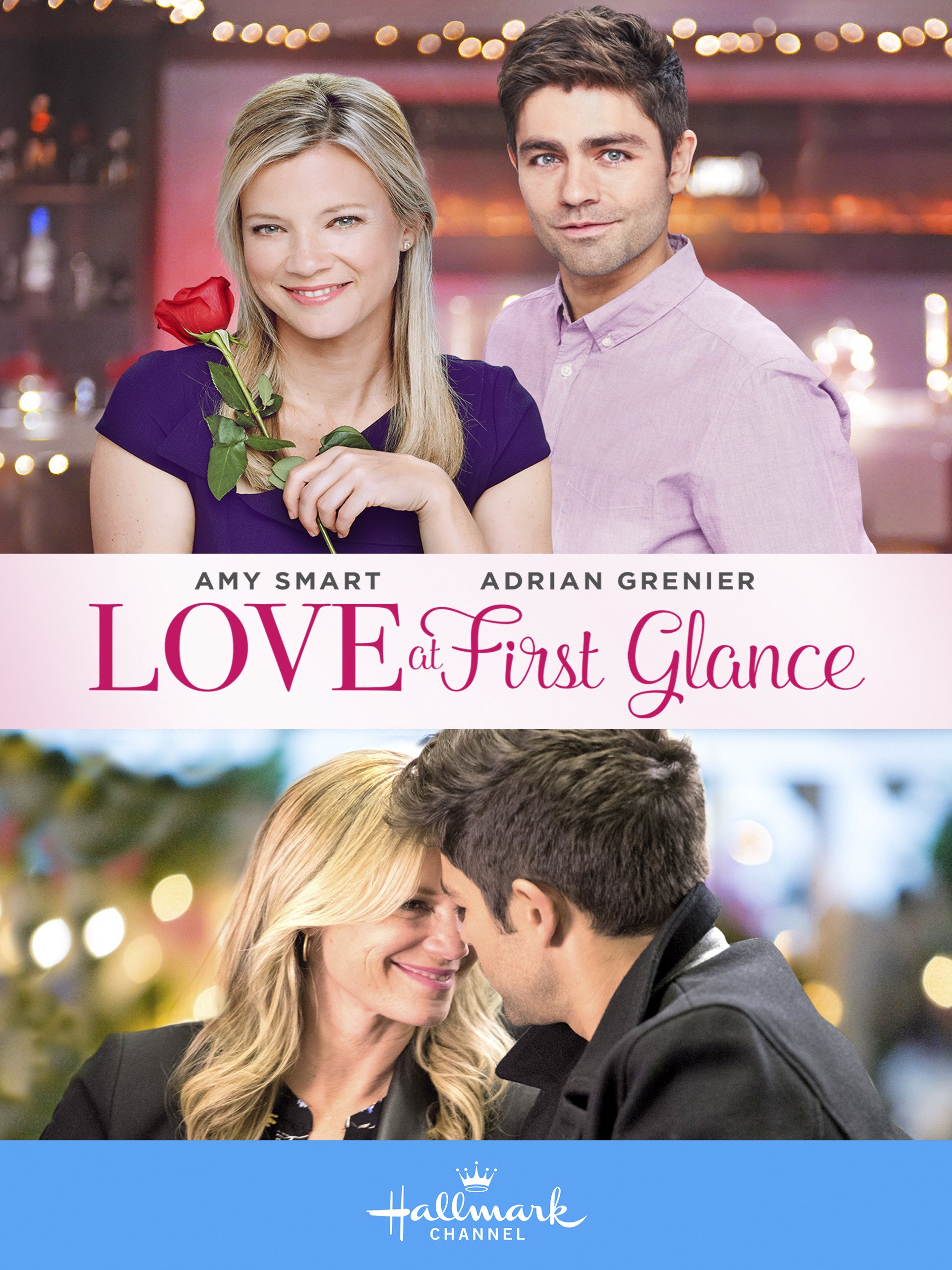 Also Read: All About Hallmark’s Winter In Vail: Cast, Synopsis, and Photos

Love at First Glance is a Hallmark Channel television series that premiered on February 14, 2017. Its shooting started in October 2016 and ended in November 2016. Directed by Kevin Connor and written by Kathy Kloves, with music by Roger Bellon. It goes with the tagline “Sometimes It Just Takes A Moment”, which alone can express the whole plot of the movie.

The filming location of Love at First Glance is Salt Lake City, Utah, USA. Every street scene from the movie was shot in and around Salt Lake City, making it visually more attractive and pleasing. Salt Lake City (abbreviated SLC) is the capital and most populous city of the United States state of Utah, as well as the seat of Salt Lake County, the state’s most populous county. It’s a popular place for film shootings because of its scenic view. Some hit films’ shooting took place here, like Dumb and Dumber, Yellowstone, Halloween Ends, etc. What people enjoyed about this film was the continual interaction with other characters, which highlighted the lead actress’s character. She started out boring and one-dimensional, but as time passed, she just became herself. She grew more assertive, determined, and thoughtful. I like the notion of a scenario in which a woman, after being dumped, accepts the doors that open to lead her to enlightenment.

Her mother’s advice to quit being or changing to please others feels genuine, yet it’s so easy to fall into. This film features so many celebrities that it is entertaining. Yes, some people believe in true love at first sight, including me. These two met and started a romance over texting. They were both in a position to notice something unique in another person. They start a romance by spending time together and kissing.

Fans were quite pleased with the results of the script: A look into the life of a young writer who has been dumped by her lover of five years. She meets another rider on the metro or bus home who notices her eating and gets food on her face. They establish eye contact, and he notices some food on her face. That section was so unique and charming. He leaves his phone on the bus, and one wonders whether he did it on purpose after the finale.

There is no debate that anyone may meet someone and decide to pursue and have a relationship, calling it whatever they like. Love? Sure! After watching this film, one understood that the beauty of any relationship is knowing that you are flawed yet still loved.