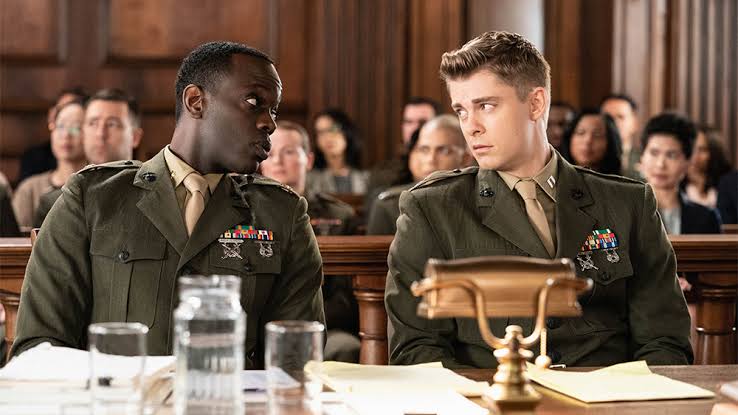 In this post, we are going to talk about The Code season 1 episode 3 update, where to watch, and spoilers. But before that, I would certainly like to have a short recap of the previous episode to better understand the story. If you do not like spoilers, then you should skip the following paragraph and read release details ahead. So, let’s get started!

The last episode was concentrated on Captains Maya Dobbins and John Abraham as they went to a war zone to look after a case involving a Marine accused of leaving his post during a battle which cost three soldiers. So, the investigation was necessary and the Captains did their part. Apart from that, we saw Lt. Harper Li having a hard time while balancing her duties and her wedding. Now, let’s talk more about the next episode ahead!

The show is just two episodes deep into the first season, while the third episode is supposed to drop this week. The third episode of The Code season 1 is projected to release on 22 April 2019. The show is broadcasted on CBS channel at 9 PM every Monday. The next episode is titled ‘Molly Marine.’

Apart from the television broadcast, viewers can watch the show online on the CBS app and official website, which provides all CBS shows to be watched online. Also, there are many other online options such as Hulu and Roku where viewers can stream CBS channel at the mentioned time to watch The Code. The following paragraph will have spoilers from the upcoming episode.

The upcoming episode will feature a big issue as Major Ferry and Lt. Li will have to find the person who leaked the news that a female Marine was going to be Infantry Captain for the first time, which resulted into an attack on her. Moreover, Capt. Abraham will have to answer a widow’s questions, whose husband Alex, Abraham’s friend, as she believes his death was wrongful. Take a look at the sneak peeks of the next episode!