Before I begin this review, I want you to know that the Official Japanese and English titles of this movie are “Seishun Buta Yarou wa Yumemiru Shoujo no Yume wo Minai” and “Rascal Does Not Dream of a Dreaming Girl,” respectively. As you might have noticed, ‘Bunny Girl Senpai’ is not there in the Name. However, the original series is most commonly known by that name, and this movie is a part of that series, so I have used the title, ‘Bunny Girl Senpai – Movie,’ for the sake of acknowledgment.

In Fujiwara, a beautiful place where the sun shines to its limits and seashores gleams so brightly, Sakuta Azusagawa is studying in his second year of high school. His wonderful life with his girlfriend and senpai, Mai Sakurajima, is interrupted after the re-appearance of Sakuta’s first crush named Shoko Makinohara. Strangely enough, he meets not one but two Shokos. One of them is in middle school, while the other one is an adult. Sakuta finds himself in a vulnerable position since adult Shoko’s presence turns out to hinder his relationship with Mai. Amongst all these problems, he uncovers the truth about young Shoko and her lethal disease that causes Sakuta’s wounds to throb.

The movie is a continuation of the original series and aims to focus on the Puberty Syndrome of Shoko Makinohara. Makinohara has always been an essential character for the series but never got enough concentrated attention to herself. However, this movie was intended to bring Sakuta’s first crush into the spotlight, allowing us to get a good idea about this mysterious personality. 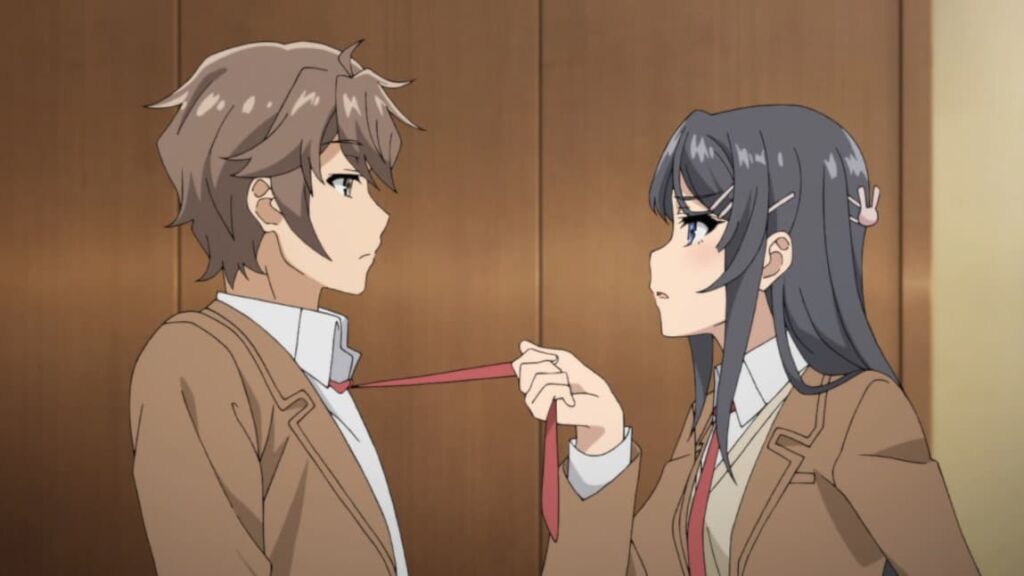 The movie highlights Makinohara’s identity and the reason for her very existence in Sakuta’s life. The plot focuses on clearing all the doubts about her as an individual in the original series and gives a vivid idea about her plans and intentions. It also clarifies the difference between young Shouko Makinohara and old Shouko Makinohara (the one whom Sakuta met).

The storyline progresses at a nice pace, allowing its viewers to enjoy the old characters and their cute relationships. The movie also resulted in the conclusion of the series with its heartwarming and sentimental climax. The concept of Puberty Syndrome still comes into play as the plot device, and the story continues with its dialogue-heavy drama. Watch this movie, and you will realize what ‘A Dreaming Girl’ in the title means. I also love that the series was not an ‘All Happy Ending’ because we did lose someone. Who is that?

Bunny Girl Senpai has always focused on fantastic execution with its admirable cast. The feelings and emotions each character possesses in this movie, and the dilemma they face throughout are presented spectacularly. The film has the potential to make you cry with its incredible depiction of sentiments, and one can understand the thought process of every character on the screen.

Even if we understood them, we would be in a dilemma as we try to figure out the best possible course of action for a specific character. That’s how well-executed this movie is. One can find himself looking for options that the characters in the film can opt for, but the structure of this movie will leave all of its viewers in complete awe and intrigue us with activities performed by these characters.

As stated in my original review, anime like Bunny Girl Senpai are character-driven and drama-oriented, so lovable individuals are essential for the viewer’s entertainment. The movie continued to portray the life of our beloved personalities and their relationships after the completion of the anime. This time, however, Makinohara got the maximum amount of spotlight, which was much needed as she ruled our minds as an unknown character in the anime. Let’s take a brief look at our favorite characters from this movie.

My boy has developed his personality well and continues to live with Mai and all the other characters by overcoming the trauma he felt during the last few episodes. He is again brought into the matter of Puberty Syndrome, but this time he faces a dilemma that leads to the life or death of one of the characters. The decisions he made in this movie are heartwarming and practical, allowing us to accept them with no regrets.

Just what you would expect, Mai was as adorable and lovely as always. Her relationship with Sakuta and the other characters has grown even more robust. The movie gives us a pretty good idea about the amount of love she possesses for Sakuta. Even though we haven’t heard her say, ‘I Love You’ in the anime, she proves that her love is way stronger than words by doing a particular activity that will slice our hearts in two.

Even though she wasn’t explored much in the original series, the film gave us the answers we always wanted. Who is she? Why is she here? What’s her connection with Sakuta? All these doubts are solved, and we get to know who Makinohara is. Brought into the spotlight, one can admire and criticize her existence and plans.

Her younger self is adorable and filled with fun; however, she has some secrets one must know about. As far as the older one is concerned, her Puberty Syndrome is understandable and heart-touching. Her approach to that syndrome is fantastic, and we can admire her for being such a pleasing personality. 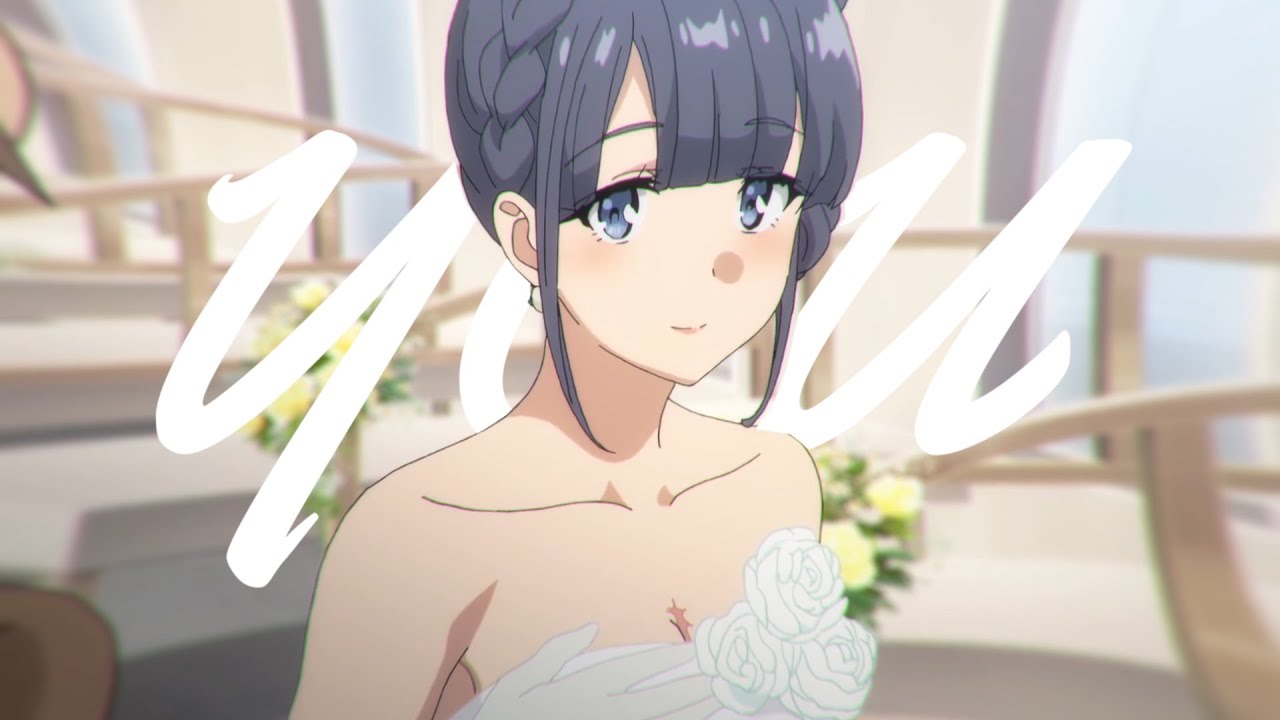 The art style is perfect for a dramatic movie. The camera movements were certainly suited, and the animation reflected the sentimental approach of the storyline. No significant flaws can be seen in the animation altogether, and it had some spectacular moments to admire the art quality this film has to offer. Just like its predecessor, the movie also highlighted emotions like pain, love, despair, devotion, and suffering from appropriate animation. One can feel the vibe of the film pretty quickly, thanks to the ideal art style. The character designs are also really adorable and pleasing. Overall, the animation department did a fantastic job.

I felt that the movie didn’t explain the concept of Puberty Syndrome vividly enough. The aspect of time travel and Makinohara’s adolescent syndrome could have been presented more transparently.