Is Hustle Based on True Story? A Deep Plot Behind it

Hustle is a sports-based American movie directed by Jeremiah Zagar, co-produced by LeBron James from a screenplay by Taylor Materne and Will Fetters. In the movie, Adam Sandler plays the role of an NBA scout (Stanley Sugarman) who finds Bo Cruz (Juancho Hernangómez), a young but gifted basketball player, in Spain and works to get him ready for the NBA draught.

A weary international scout for the Philadelphia 76ers of the NBA, Stanley Sugerman, spends his days traveling in search of potential stars. When Stanley’s plan to scout another player in Spain goes through, he is astounded by an extraordinarily gifted unknown player while watching a local pick-up game.

Stanley tries to talk with the man, Bo Cruz but is rejected until he calls Dirk Nowitzki on Facetime to establish his credibility. Bo and his mother, Paola talk about their son’s life. He was a gifted player from a young age and had an invitation to play in America when he was 15 years old, but he decided to stay in Spain since his girlfriend was pregnant with his daughter Lucia.

Stanley wants the 76ers front staff to sign Cruz right away following an amazing workout with players from the Spanish national team, but Vincent is not persuaded. Stanley tells Bo that benching Wilts will greatly improve his standing with the Sixers.

When Vince rejects Bo, Stanley leaves the 76ers to get Cruz ready for the NBA Draft Combine, which is in six weeks. Bo significantly improves under Stanley’s guidance, but Leon is unable to get him into the Draft Combine after Vince spreads rumors about Bo’s alleged assault. 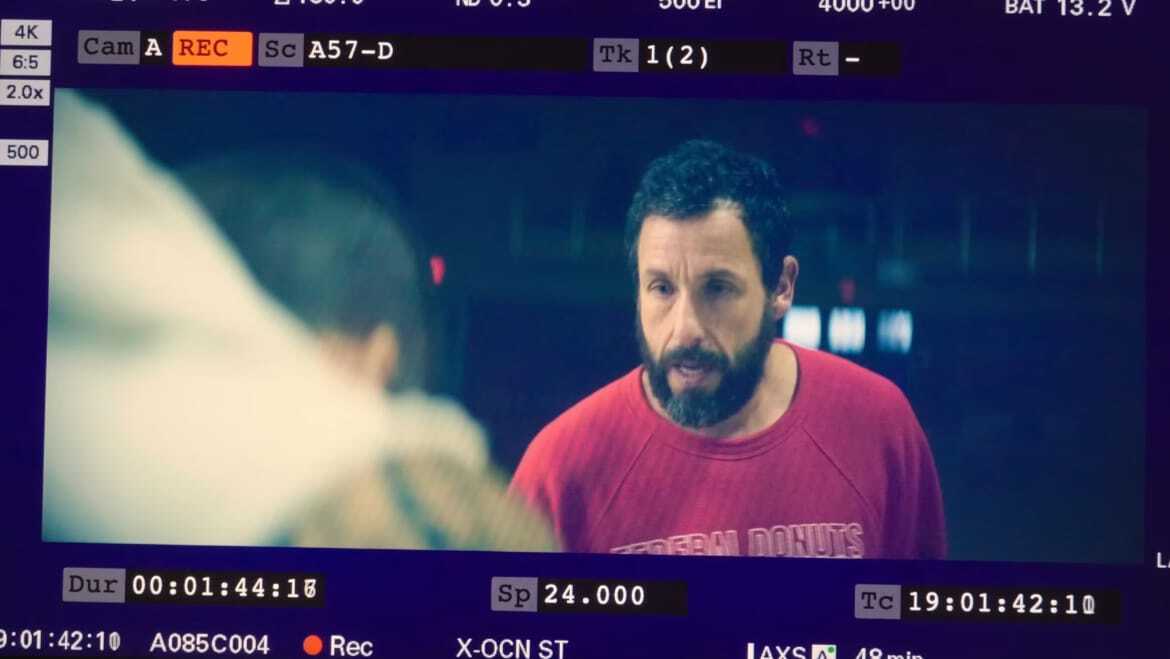 Further details of the plot

Bo, who is enraged at Stanley, later confesses that the accusation was the result of an altercation with Lucia’s mother’s boyfriend when she attempted to obtain exclusive custody of Lucia. Their confidence is restored, and Stanley tries hard but unsuccessfully to get Bo into the combine.

The Sugerman family hires Julius Erving to produce a viral video of “the Boa Challenge,” in which participants, including 76ers player Tobias Harris, attempt to score on Bo in exchange for cash. He gives good performance at first, but when Kermit starts insulting Bo’s mother and daughter, he ultimately loses it, knocking Wilts to the ground and storming out.

Bo and Stanley believe their trip has come to an end. Bo and Kermit are both invited to a special game for players and front office staff, and Leon calls as they are waiting at the airport for Bo’s trip back to Spain. Five months later, the 76ers and Boston Celtics square off in a matchup, with Bo playing for the Boston Celtics and Stanley serving as the 76ers’ assistant coach.

Reviews by Critics and Viewers

It can be seen as yet another sports movie that has excessive dependence on montages and certain cliché plot elements. But, It’s kept together by a lot of heart in the sympathetic representations of its characters. Even though I think basketball enthusiasts would love it more than other audiences because the story transcends athleticism and covers a wide range of related subjects, it’s still worth seeing. Adam Sandler is also fantastic in it.

Hustle, which debuted on June 8th, has already gained a lot of momentum; three days after its release, it topped Netflix’s Top 10 list.

Is Hustle based on a true story?

Many viewers have questioned if the movie is based on a true narrative or real life due to the film’s inclusion of so many real-world components and Zagar’s realistic filmmaking touches. Although, it makes extensive use of realism in both production and execution. Hustle is purely fictional; it is not true.

On the authors’ recommendation, real players were added to the cast to make the film more realistic than other sports movies. Although Stanley and Bo never really existed, the Philadelphia 76ers are a genuine basketball franchise.