Is Stranger Things Over? What More To Come?

Eleven, Venca, the Upside Down, Demogorgon, and the Mind Flayer. You are losing out on “Stranger Things,” one of the decade’s biggest pop cultural phenomena if you are unfamiliar with the above-mentioned phrases or find them unusual.

The Duffer Brothers are the creators of the American drama web series and television program Stranger Things. A group of adolescent friends who experience otherworldly forces and covert government operations is the subject of this science fiction thriller.

The kids solve a number of astonishing riddles as they look for solutions. The story’s premise is quite intriguing since it has various unusual themes, such as upside-down, which is the root of all the strangeness in Hawkins, Indiana.

When the lads inquire about extradimensional realms with their scientific instructor in Chapter 5, The Flea & The Acrobat, we first learn about Upside Down. When she flips the D&D board to show how the two worlds are related, eleven gives it the name. A good mystery is enjoyable on its own, and this one comes with the extra complications of bullying and adolescence, as well as disappearances and dubious experiments.

Drama, tears, and love are all present; these things either touch your heart or make you shiver. It contains mystery, monsters, intensity, and science. It is suspenseful. Demogorgons, disappearances, cries, drama, and tears keep spectators enthralled. A telepathic girl and the boy who protected her by taking her into his house fell “in love.”

A new fiery redhead who assists in combat is presented. Amazing music is also present. Since the entire series is set in the 1980s, it transports viewers back in time. It’s nostalgic for elders, has a pretty cool feel for adolescents and children, and is generally fun for everyone. The characters are incredibly diversified, well-developed, and stunning in look, and the sets are authentic. Because the plot is so fascinating, you begin to gently fall in love with it.

The characters’ magnificence and uniqueness, the writing’s brilliance, and the plot’s near-complete lack of loose ends are all topics that one could go on about for hours. Let’s now speak in greater detail about the series’ cast and characters.

The major subject of the first Stranger Things teaser was the enigmatic disappearance of Will Byers (Noah Schnapp), who was last seen leaving the Wheelers’ house after a lengthy D&D game. Through Seasons 2-3, Will’s connection to the nightmarish Upside Down continued to wreak chaos. Later in season 4, we learn that Vecna’s influence preys on Will’s weaknesses.

Mike (Finn Wolfhard) assumes charge of the group with ease and assurance, creating the appearance that he is in charge. He has a propensity to overprotect Eleven. The romantic relationship between Mike and Eleven becomes exclusive in the Stranger Things season 2 finale.

The group Eleven (Millie Bobby Brown) has the most complicated backstory. In addition to being abducted while she was a young child, she also lived a life similar to that of her mother, Terry Ives, using her childhood as a subject in a Hawkins lab experiment during the MK-Ultra experiments. Mike tells her that their encounter marked the beginning of his life in season 4, but Eleven may easily make the same claim. She meets friends, progressively improves her social abilities, and ultimately comes to terms with who she is.

The bulk of the episodes of Stranger Things till now have character development, which draws viewers in and keeps them watching. Over the span of six years and four seasons of Stranger Things, we’ve seen these kids grow into adolescents coping with real-life difficulties. These also include settling disputes, breaking up with friends, and accepting substantial losses. This program’s mysterious and otherworldly environs give it a larger-than-life air. We still receive the perfect balance of emotional stimulus and distraction, though.

Also Read: Will There Be A Season 5 of Stranger Things?

Is Stranger Things over?

No, Stranger Things is not over and is going to have a new season soon. The fourth season of the popular show Stranger Things has passed the billion-hour mark for Netflix shows. The nine episodes of the season have been watched by viewers for a total of 1.15 billion hours since the first episode debuted on May 27th, including 301 million hours only in one week. After Squid Game in 2021, Stranger Things 4 is now the second-most-watched Netflix season of all time. So there are many expectations fans have about its upcoming Season.

In an open letter to fans published on Netflix in February, the Stranger Things producers announced that season five would actually go on. But they also said that, regrettably, the fifth season would be the last for Stranger Things.

Before the premiere of season 4, they wrote: “We developed the whole Stranger Things plot arc seven years ago. We anticipated the plot would span four to five seasons back then. We were unable to complete it in four, but as you’ll soon witness, we are rapidly approaching the conclusion. Season 5 will be the last season, with Season 4 serving as the penultimate season.” 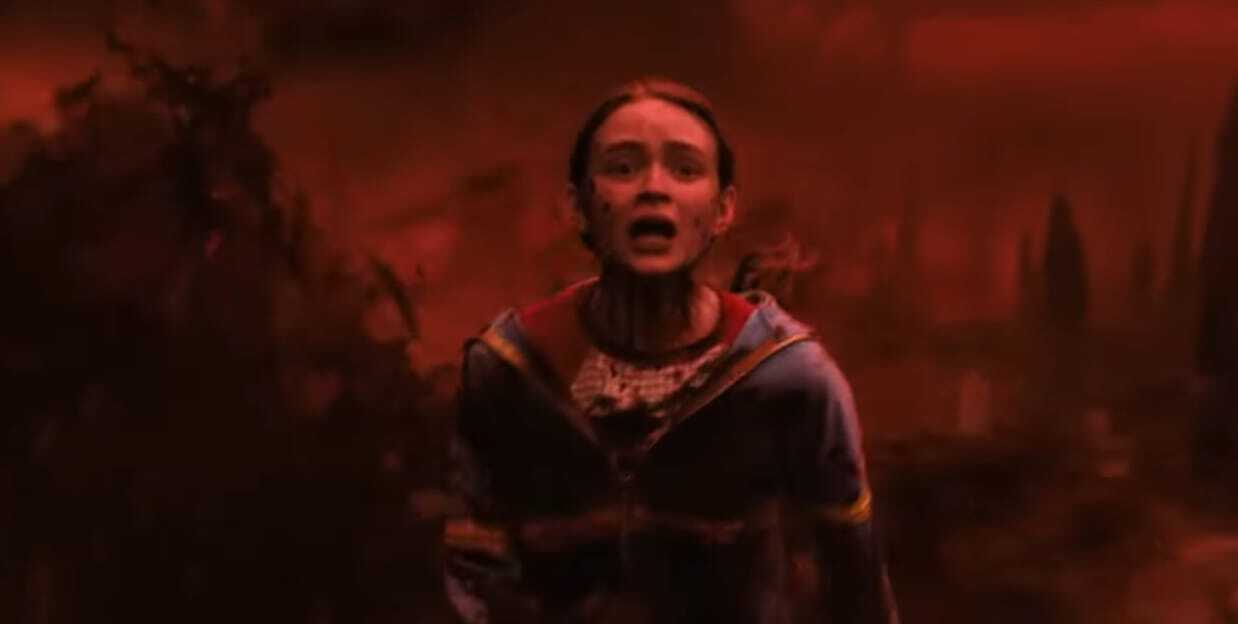 What we know about Stranger Things Season 5?

In an open letter to fans published on Netflix in February, the Stranger Things producers announced that season five would actually go on. But they also said that, regrettably, the fifth season would be the last for Stranger Things.

Before the premiere of season 4, they wrote: “We developed the whole Stranger Things plot arc seven years ago. We anticipated the plot would span four to five seasons back then. We were unable to complete it in four, but as you’ll soon witness, we are rapidly approaching the conclusion. Season 5 will be the last season, with Season 4 serving as the penultimate season.”

Even after Season 5 is over, the show won’t come to an end as the creators are already considering the notion of a spin-off, which they have hinted will be very different from what viewers might be anticipating.

The spin-off, according to Matt and Ross, will instead be linked to the original series by “storytelling sensibility,” whatever that may entail.

10 Best Anime to Watch If You Like Witchcraft
On Sep 22, 2022
View all stories
No Result
View All Result