They are finally open for all the customers, and we are ready for our favorite movie. The wait was long, but it was worth every second. The Clerks are back with the third installment in the movie series after 16 years of the second installment’s release. Clerks are a lightweight series that has the potential to make us laugh and relate to them. Unfortunately, the journey from filming to getting the release date was difficult. It was almost canceled due to the fall down of the Weinstein Company, and the production suffered obstacles in the form of financing issues.

And when it seemed that all was fine, a pandemic knocked on our gates. However, thanks to our stars, the movie was filmed and is not set to release. The film is going to be released on September 13, 2022. Some relief, finally! We know what are you thinking, how will we pass our time till then? Well, the trailer will release on July 6, 2022, and we are giving you some exclusive details of the film that will keep you occupied, along with where to watch it on its release.

What Is The Storyline Of Clerks 3?

Kevin Smith is the name behind Clerks 3. He is the same person who wrote, directed, and produced the film. The Clerks 3 is the sequel to the 2006 release, Clerks 2, which was again a sequel to the 1994 release, Clerks. It stars Jeff Anderson, Brian O’ Halloran, Marilyn Ghigliotti, Rosario Dawson, Jason Mewes, Trevor Fehrman, and Kevin Smith in the leading roles.

Randal Graves (played by Jeff Anderson) has suffered a heart attack. He went so close to death and realized how fragile life is! Randal does not want to leave the world by being an unknown person who died, and nobody cared. He does not even have a family which can immortalize his memories. So he decides to make a film on his life and takes Dante Hicks (played by Brian O’ Halloran) along. Randal spent his life working in the movie store and watching others’ movies, and now he is going to make one about his life. Then the due went on to create Clerks. This is the basic storyline of the film. 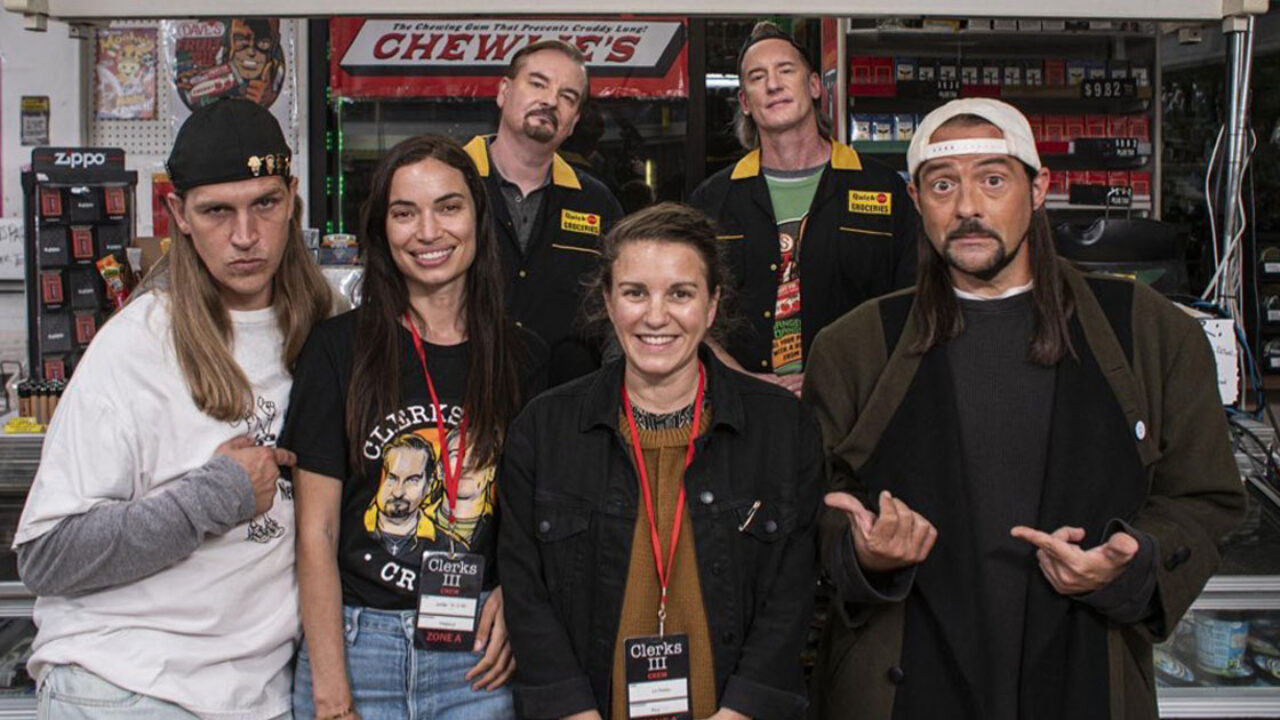 You can say that Clerks 3 is slightly based on Kevin’s own life as he suffered a heart attack in 2018 just after getting done filming his first stand-up special. The director and comedian then start thinking about his life.

We believe that there is a need to refresh our memories of the first two installments of the series. This is the best method to enjoy the third film when it is released. Watching the first two films is immensely easy as both the installments are available on Paramount+ and Pluto TV for you to stream. The best part is both the streaming platform is available in the USA, UK, and Australia.

However, the Australian audience might face some issues in watching the movies on Pluto TV, but they can surely watch them on Paramount+. The Clerks 3 is going to be released through Lionsgate production. It is expected that Clerks 3 will be released in theaters, and we are not sure if Smith will make the film available on streaming platforms or not.